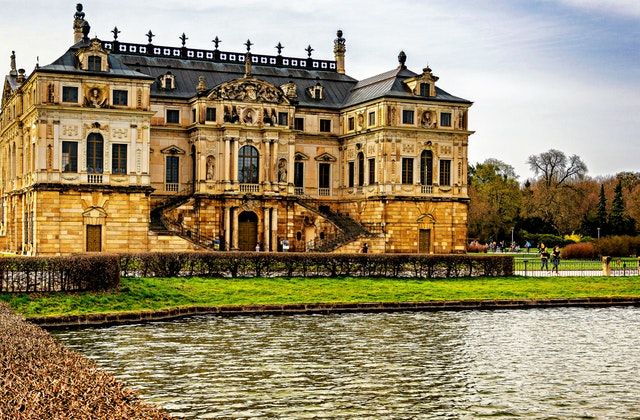 1. Berlin:-  Berlin, Germany’s capital, dates to the 13th century. Reminders of the city's turbulent 20th-century history include its Holocaust memorial and the Berlin Wall's graffitied remains. Divided during the Cold War, its 18th-century Brandenburg Gate has become a symbol of reunification. The city's also known for its art scene and modern landmarks like the gold-colored, swoop-roofed Berliner Philharmonie, built in 1963.

2. Munich:- Munich, Bavaria’s capital, is home to centuries-old buildings and numerous museums. The city is known for its annual Oktoberfest celebration and its beer halls, including the famed Hofbräuhaus, founded in 1589. In the Altstadt (Old Town), central Marienplatz square contains landmarks such as Neo-Gothic Neues Rathaus (town hall), with a popular glockenspiel show that chimes and reenacts stories from the 16th century.

3. Hamburg:- Hamburg, a major port city in northern Germany, is connected to the North Sea by the Elbe River. It's crossed by hundreds of canals, and also contains large areas of parkland. Near its core, Inner Alster lake is dotted with boats and surrounded by cafes. The city's central Jungfernstieg boulevard connects the Neustadt (new town) with the Altstadt (old town), home to landmarks like 18th-century St. Michael’s Church

4. Cologne:-  Cologne, a 2,000-year-old city spanning the Rhine River in western Germany, is the region’s cultural hub. A landmark of High Gothic architecture set amid reconstructed old town, the twin-spired Cologne Cathedral is also known for its gilded medieval reliquary and sweeping river views. The adjacent Museum Ludwig showcases 20th-century art, including many masterpieces by Picasso, and the Romano-Germanic Museum houses Roman antiquities.

5. Dresden:-  Dresden, capital of the eastern German state of Saxony, is distinguished by the celebrated art museums and classic architecture of its reconstructed old town. Completed in 1743 and rebuilt after WWII, the baroque church Frauenkirche is famed for its grand dome. The Versailles-inspired Zwinger palace houses museums including Gemäldegalerie Alte Meister, exhibiting masterpieces of art like Raphael’s “Sistine Madonna.”

6. Frankfurt:- Frankfurt, a central German city on the river Main, is a major financial hub that's home to the European Central Bank. It's the birthplace of famed writer Johann Wolfgang von Goethe, whose former home is now the Goethe House Museum. Like much of the city, it was damaged during World War II and later rebuilt. The reconstructed Altstadt (Old Town) is the site of Römerberg, a square that hosts an annual Christmas market.

7. Düsseldorf:- Düsseldorf is a city in western Germany known for its fashion industry and art scene. It's divided by the Rhine River, with its Altstadt (Old Town) on the east bank and modern commercial areas to the west. In the Altstadt, St. Lambertus Church and Schlossturm (Castle Tower) both date to the 13th century. Streets such as Königsallee and Schadowstrasse are lined with boutique shops

8. Nuremberg:- Nuremberg, a city in northern Bavaria, is distinguished by medieval architecture such as the fortifications and stone towers of its Altstadt (Old Town). At the northern edge of the Altstadt, surrounded by red-roofed buildings, stands Kaiserburg Castle. The Hauptmarkt (central square) contains the Schöner Brunnen, the gilded “beautiful fountain” with tiers of figures, and Frauenkirche, a 14th-century Gothic church

9. Stuttgart:- Stuttgart, capital of southwest Germany’s Baden-Württemberg state, is known as a manufacturing hub. Mercedes-Benz and Porsche have headquarters and museums here. The city is filled with greenspaces, which wrap around its center. Popular parks include the Schlossgarten, Rosensteinpark and Killesbergpark. Wilhelma, one of the largest zoos and botanical gardens in Europe, is just northeast of Rosenstein Castle.

10. Leipzig :- Leipzig is a city in the eastern German state of Saxony. On central Marktplatz, the Renaissance old town hall houses the Stadtgeschichtliches Museum Leipzig, chronicling city history. Composer J.S. Bach is buried in the late-Gothic St. Thomas Church, known for concerts by its boys’ choir. St. Nicholas Church was a meeting point for the “Monday Demonstrations,” which led to the 1989 overthrow of communism.